We celebrate our different backgrounds with our passion for lifelong learning, and that’s what makes your topnotch SRC experience like no other. Learn more about us below. 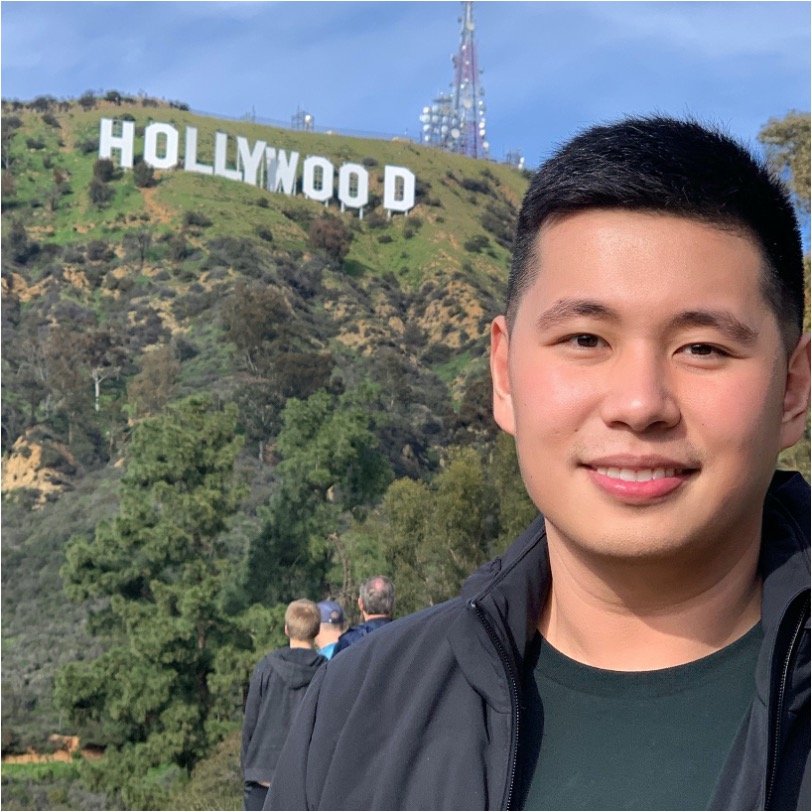 Kevin educates students on International Baccalaureate (IB) and SAT Subject Tests—Chemistry, Physics, and Biology. He has played a vital role in helping his students gain admission to their dream universities: Harvard, Stanford, UC Berkeley, Cornell, UPenn, Brown, and Columbia, among others. 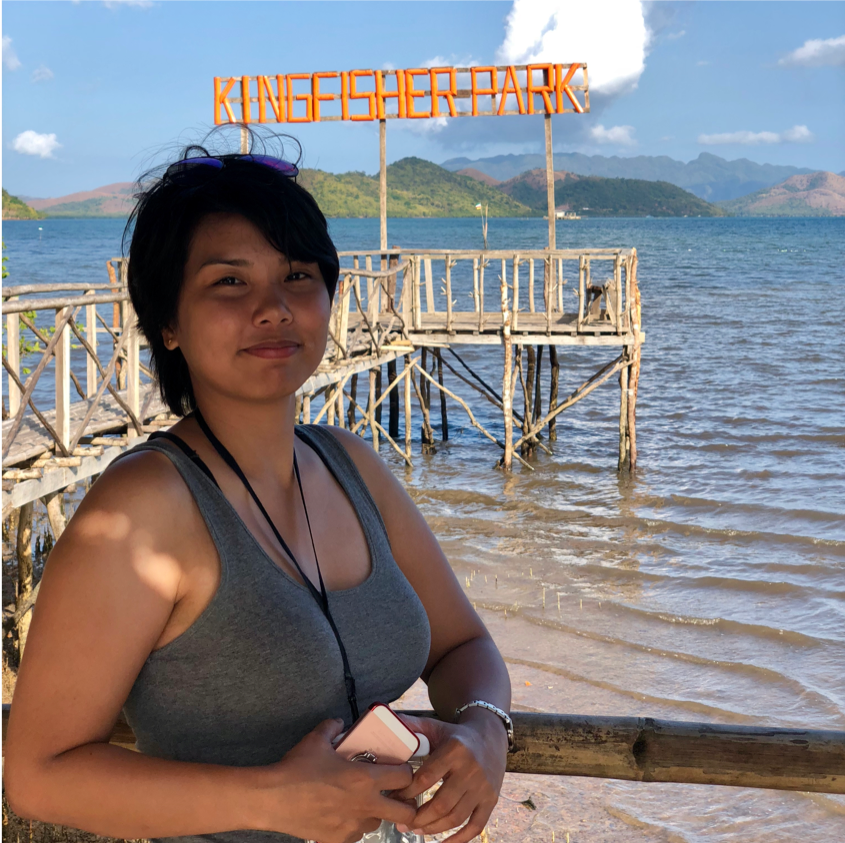 Kristine has over 7 years of teaching experience at the University of the Philippines, Adamson University, University of the East, and Ateneo de Manila University. She was granted an International Research Internship Grant in 2015 for the Interdisciplinary Neuroscience Program at the Academia Sinica in Taipei, Taiwan. She teaches General and Organic Chemistry in the SRC Review Programs. 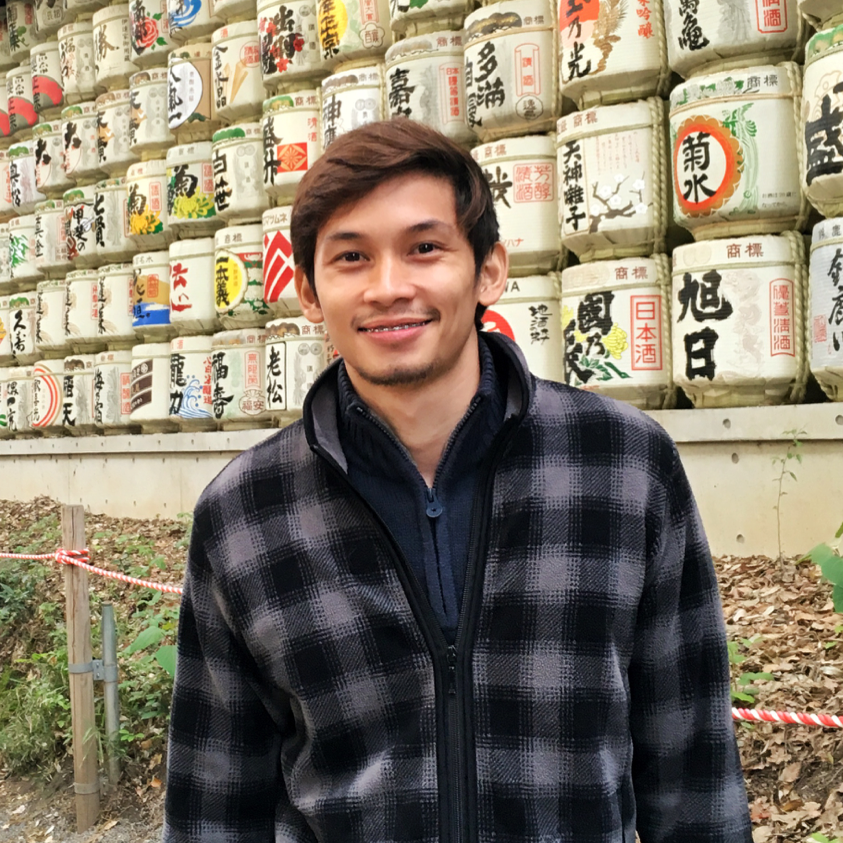 Jet’s teaching portfolio includes the University of the Philippines and De La Salle University. He is a specialist in decentralized biomass conversion and utilization, and he is currently working as a management consultant for Advanced Energy Technologies and technical consultant for Philippine Biochar Association. He also serves as SRC’s Finance and Strategy Officer.

Jet placed 3rd highest in the 2012 Chemist Licensure Examination. He earned his BS Chemistry degree from the University of the Philippines, and MS Chemical Engineering degree from De La Salle University. He also earned a certification as a Financial Modelling and Valuation Analyst (FMVA) from the Corporate Finance Institute (CFI). 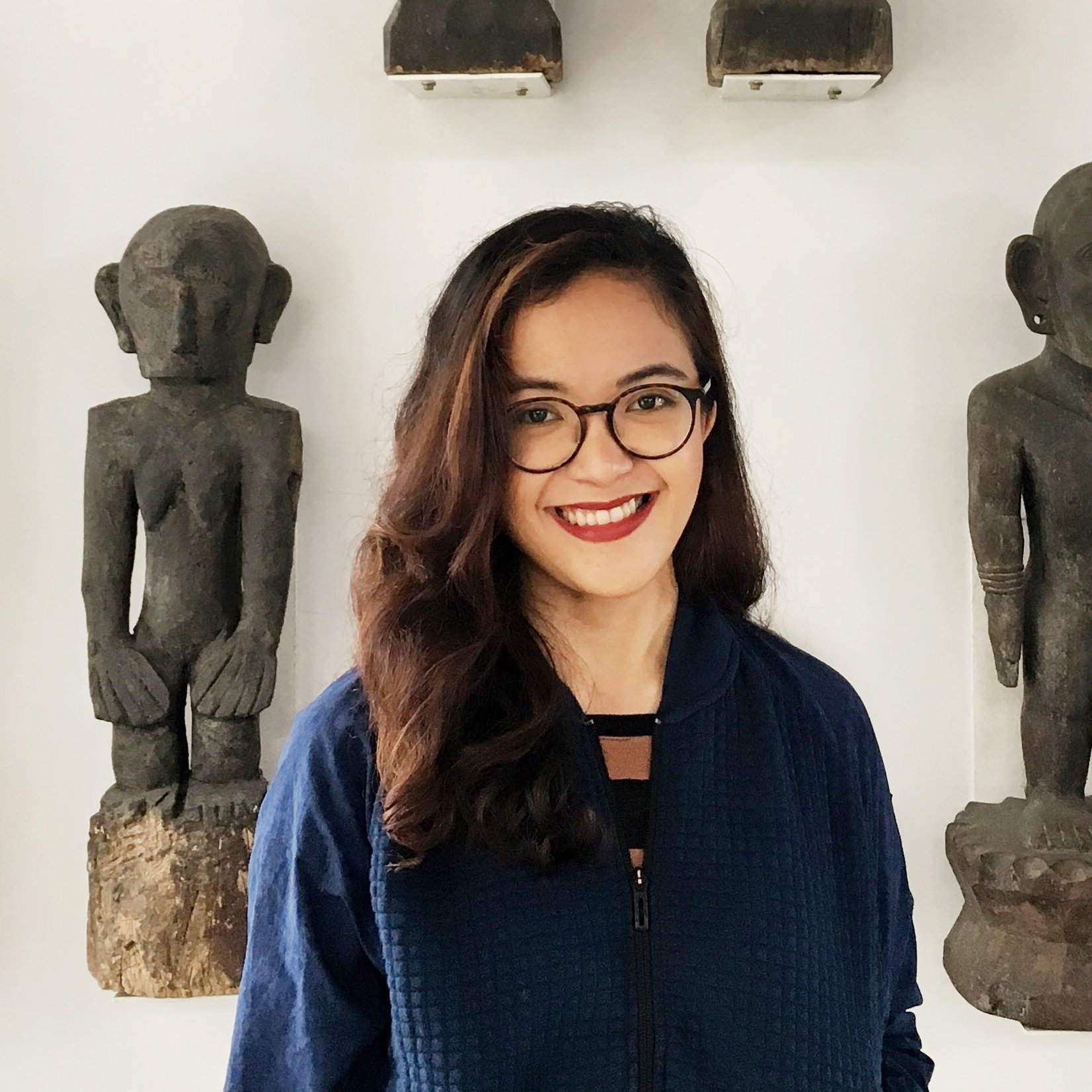 Sarah has over 5 years of teaching experience at the University of the Philippines. She also has over 3 years of experience as a research assistant at the Ateneo de Manila University, where she worked on developing smartphone-based optical sensors and miniaturized chromatographic fingerprinting methods for the field quality assurance of agricultural products. She is currently developing rationally-designed ink-jet printed sensor arrays for aquaculture water quality monitoring. 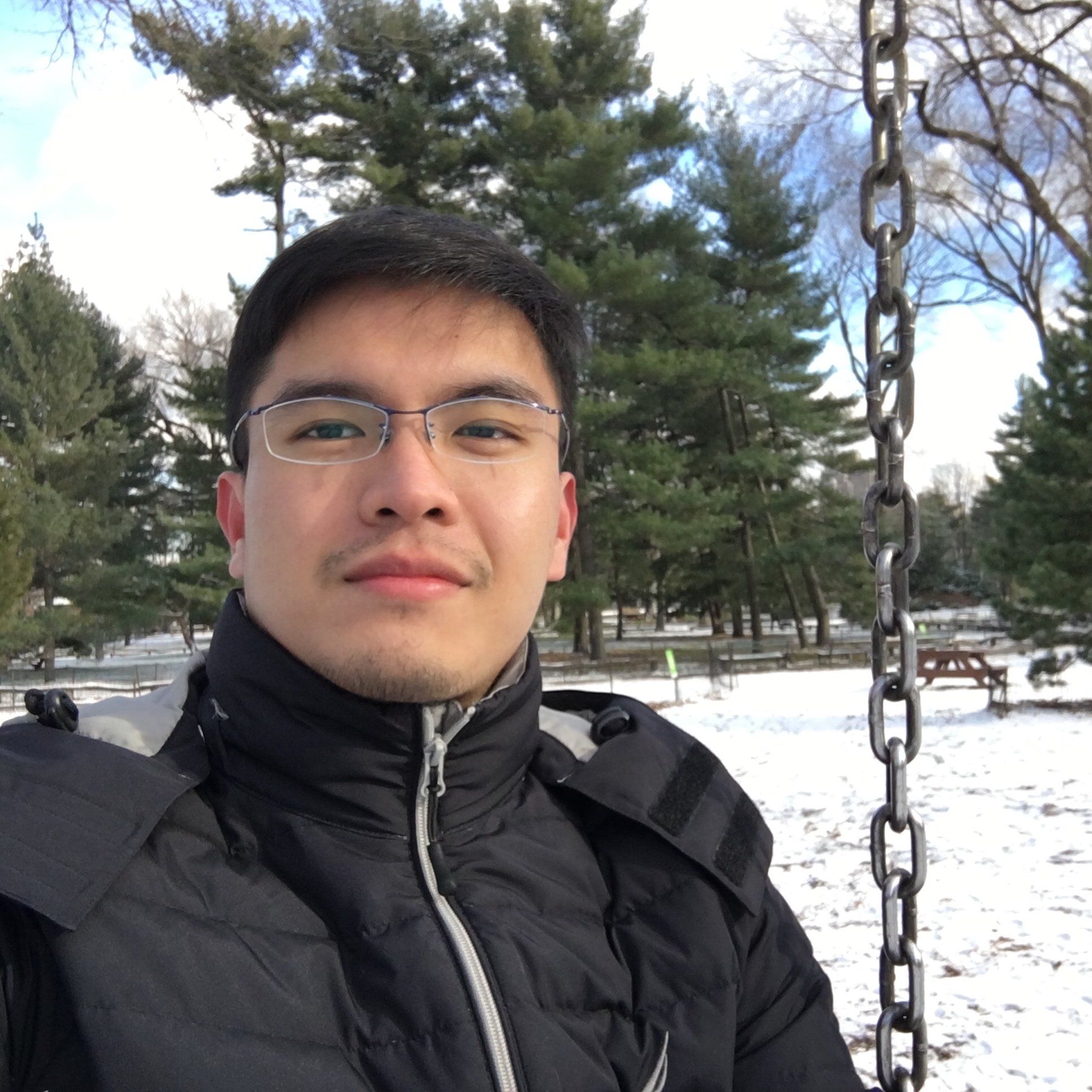 Nathaniel has over 7 years of experience in the industry at the Bangko Sentral ng Pilipinas, working in research and development and product and process improvement. He has significant experience in banknotes and securities printing, minting, gold refining, and the laboratory operations involved thereof. Nathaniel provides end-to-end tech solutions in app and web development, workflow automation, and database management for Sison Review. 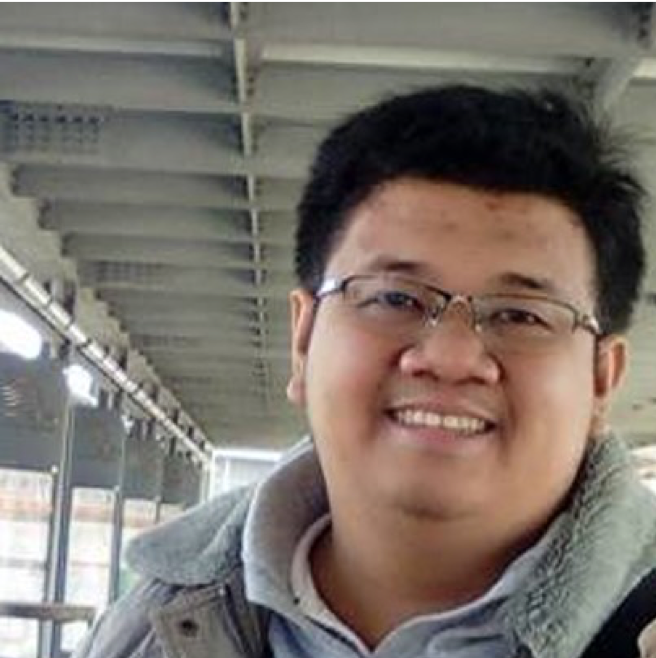 Currently Assistant Professor 3 at Adamson University, Jonyl has over 10 years of experience as a chemist in the industry and the academe. He is a recipient of several graduate scholarship grants (Accelerated Science and Technology Human Resource Development Progam – PCIEERD/DOST, Fellowship for Advanced Science and Technology – PCIEERD/DOST, CHED K-12 Transition Program – Scholarship for Graduate Studies) for various studies, notably on electrochemical surface science and fuel cell technology. Applications of nanomaterials in energy, remediation, and sensing are his main research interests. 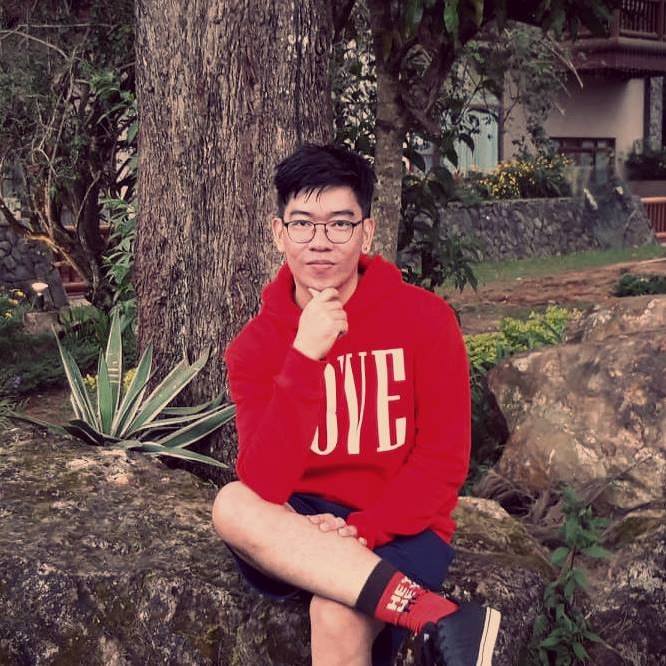 Bryan has more than a decade of experience in teaching chemistry in the University of the Philippines, Adamson University, De La Salle Health Sciences Institute, and various learning institutions. His classes are admittedly one-of-a-kind—his teaching style focuses on establishing a legitimate bond with students and fostering a relaxed but energized learning environment.

He graduated top of his batch from the University of the Philippines and has received numerous awards, but what he is most proud of are those he received for excellence in teaching. 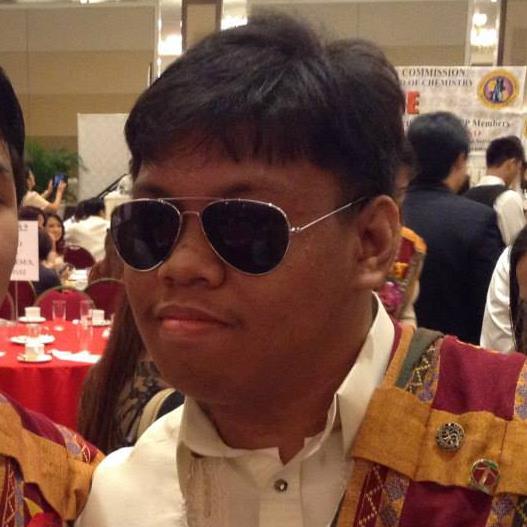 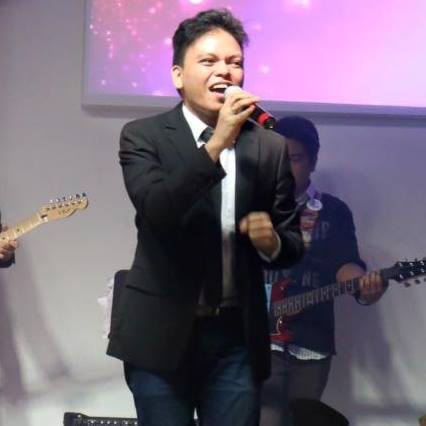 Maro’s teaching portfolio includes being an Instructor 4 at the University of the Philippines, and Senior High School Teacher at the Malabon National High School. 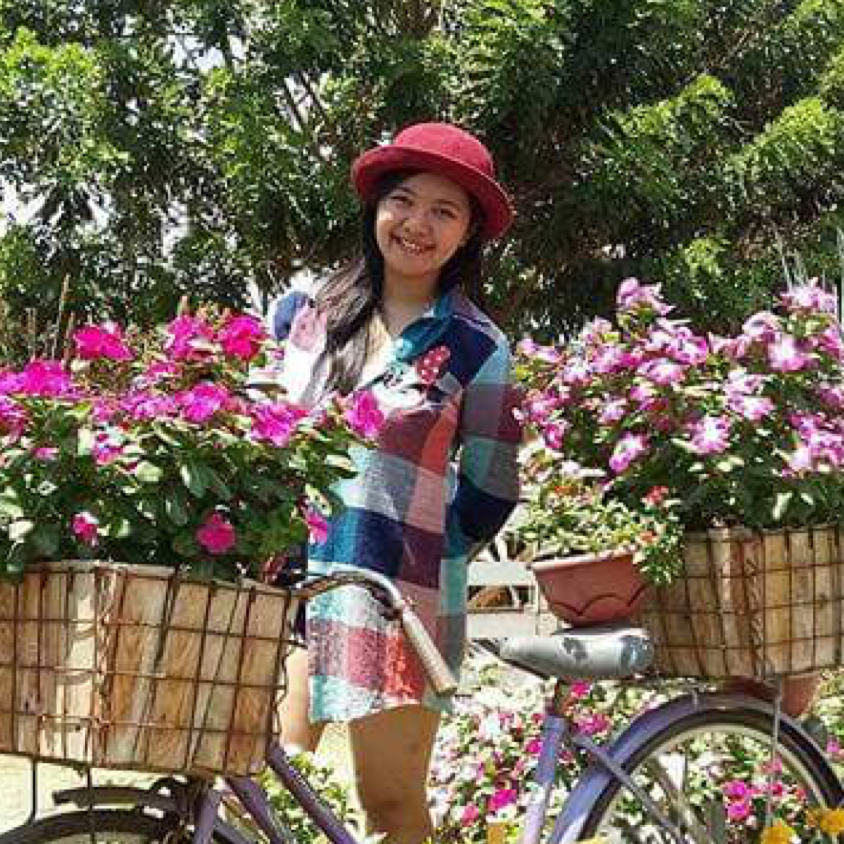 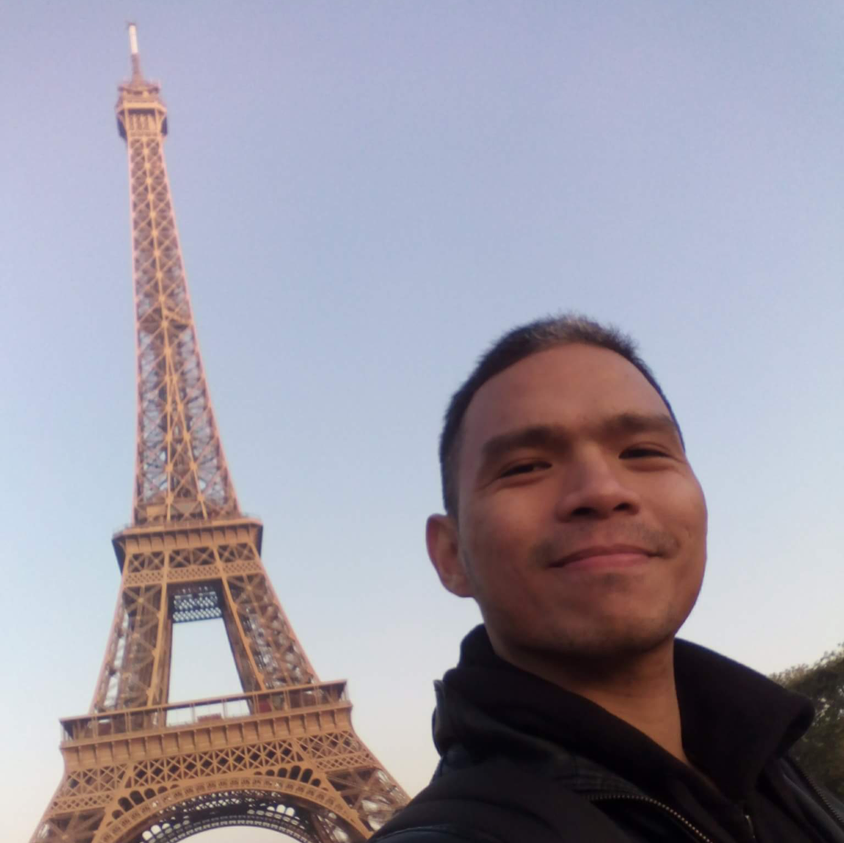 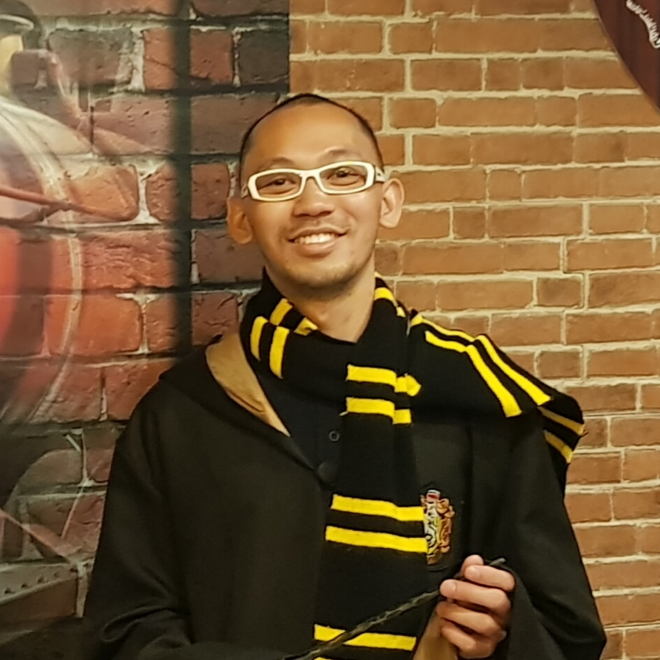 Warren has 10 years of Chemistry teaching experience at the De La Salle University Dasmariñas and De La Salle Health Sciences Institute. In 2008, he won a national award given by DOST-PCHRD for his outstanding research. His research interests lie in the isolation of bioactive compounds from terrestrial plants, which can be used particularly against tuberculosis, Alzheimer’s disease, and cancer. He earned his BS Chemistry and MS Chemistry degrees from the University of Santo Tomas. 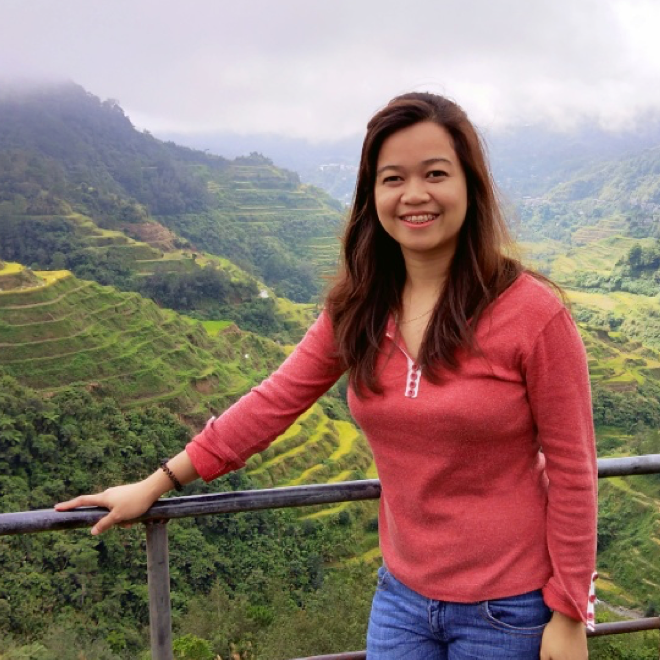 Tinay, being engaged in the paint industry as Research and Development Chemist and Spectrophotometer Technologist, focuses on product development and ensures color consistency of paint products. Her passion for teaching can be shown in her five-year stay at the University of the East and Adamson University, and in private tutoring. She finds Biochemistry, Inorganic, and Organic Chemistry particularly fascinating (and travelling, too!).

Tinay earned her BS Chemistry degree and units in MS Chemistry from the University of the Philippines. 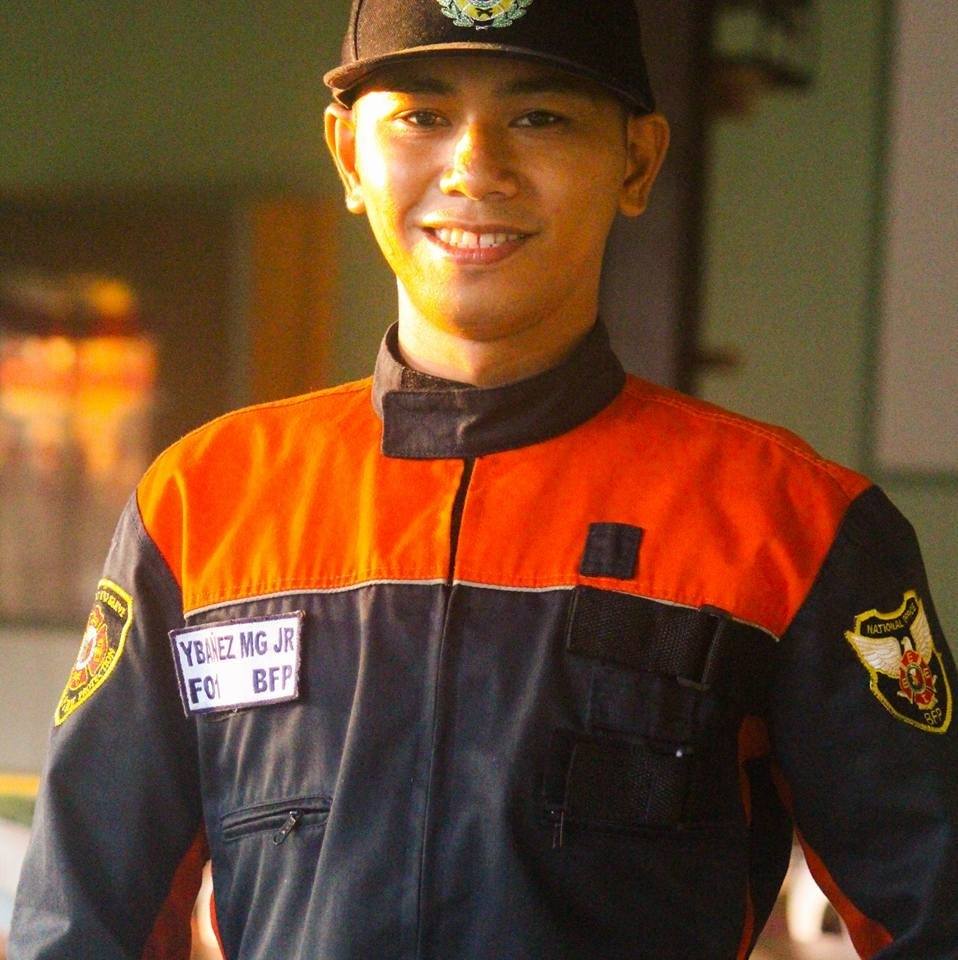 Lito has over five years of teaching experience and is currently serving as Chemist at the Forensic Chemistry Unit of the Arson Laboratory, Bureau of Fire Protection. He is all at once a Registered Chemist, a Registered Chemical Technician, a Licensed Professional Teacher, and a Firefighter by profession. He is currently taking his Master of Science degree in Chemistry at the De La Salle University. His research interests include materials science and forensic chemistry. 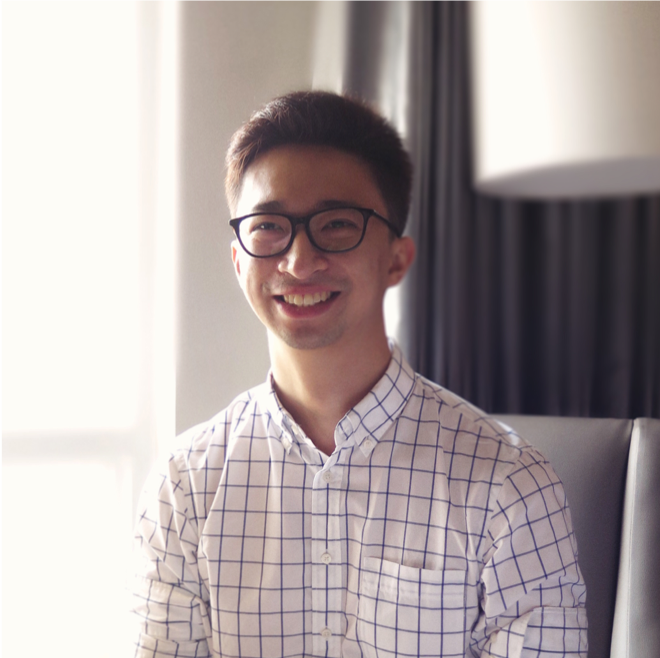 Elliard has over 5 years of teaching experience at the Philippine Science High School—Main Campus and at the Ateneo de Manila University. He also works with several organizations including the Philippine Federation of Chemistry Societies, Kapisanang Kimika ng Pilipinas and the Philippine Institute of Pure and Applied Chemistry.

He had his internships at the Ludwig-Maximilians University of Munich under the Nanosystems Initiative Munich Summer Research Program in 2011, and at the Ruprecht-Karls University of Heidelberg under the Erasmus Mundus Mobility with Asia Program in 2011-2012. He was also the recipient of the Deakin Postgraduate Research Scholarship in 2015. His research interests include nanomaterials, organic synthesis, chemical education, and scientific communication. 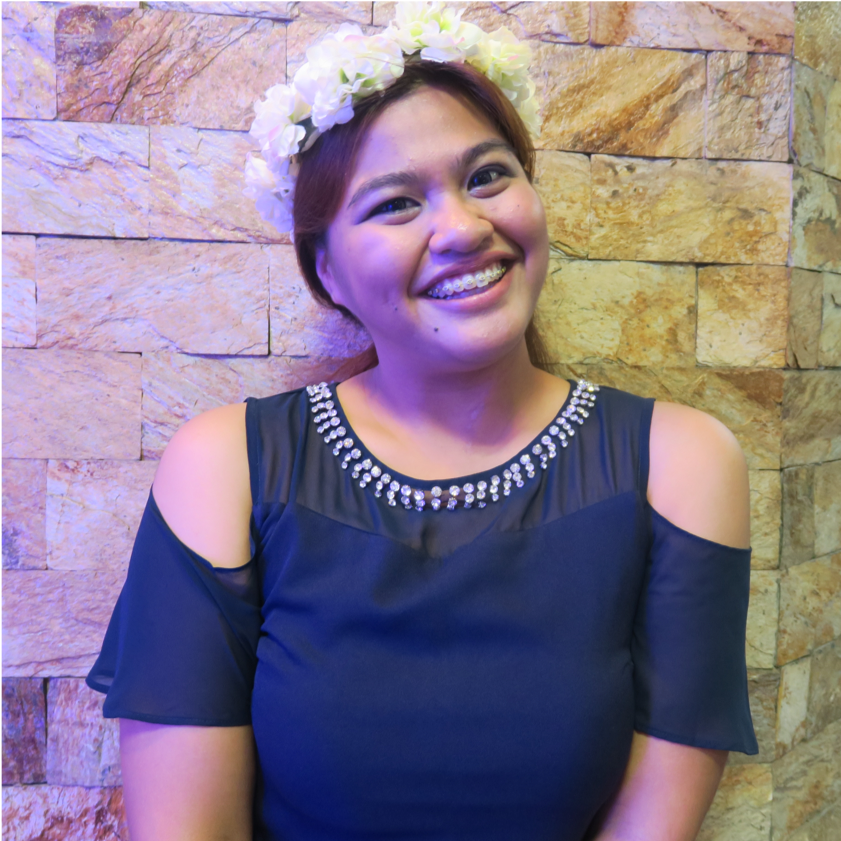 Soon after working as a faculty member in the University of the Philippines as Chemistry Instructor and teaching High School Chemistry in Assumption Antipolo, Rachelle is currently employed as an Ecosystems Management Specialist for the Biodiversity Management Bureau of the Department of Environment and Natural Resources (BMB-DENR). She earned her BS Biochemistry degree from the University of the Philippines and is currently enrolled in the UP School of Urban and Regional Planning, taking up a diploma course. 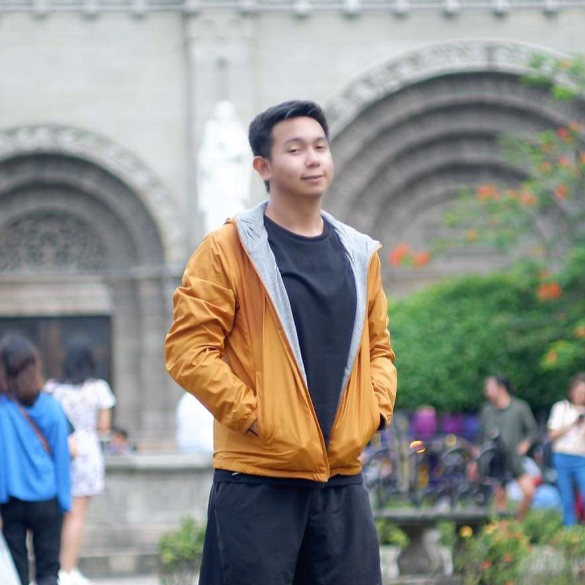 He is also an advocate of the advancement of science education and scientific literacy in the Philippines. He is part of several extension projects at the university that promotes scientific literacy in underprivileged communities. He is also part of Pueblo Science, a Toronto-based charitable organisation that aims to advance science education across the world. He has visited several areas in the Philippines such as Davao and Tawi-Tawi to train and teach mentors and students.

He also works as the deputy senior content specialist in Chemistry at Quipper Philippines, an e-learning company that aims to provide quality resources to public and private learning institutions. He loves producing educational resources that can make impact to both educators and learners. 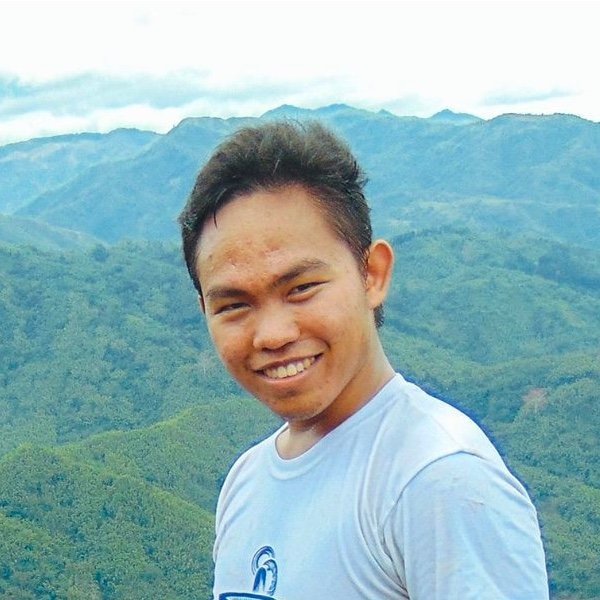 Mel is engaged in various research projects in materials science and computational chemistry. He is currently working as a Research Fellow at the Institute of Civil Engineering, University of the Philippines Diliman. He is a recipient of several grants including the DOST Accelerated Science and Technology Human Resource Program, UP Office of the International Linkages C.O.O.P.E.R.A.T.E, and Japan-Asia Youth Exchange Program in Science. He presented his research in electrocatalytic reduction in various national and international conferences, where he was awarded Best in Oral Presentation in the 2017 Siam Physics Congress. He particularly enjoys learning new languages, including Chinese, French, and Thai. 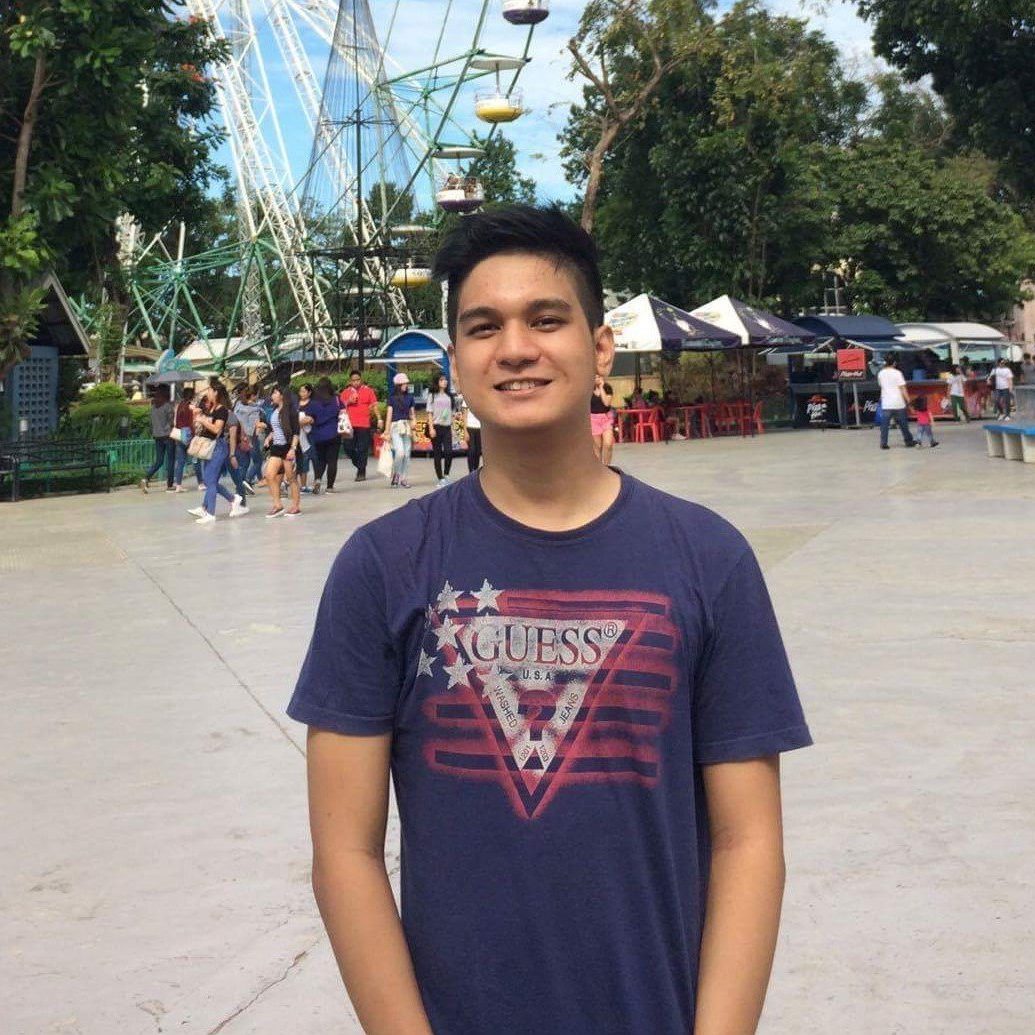 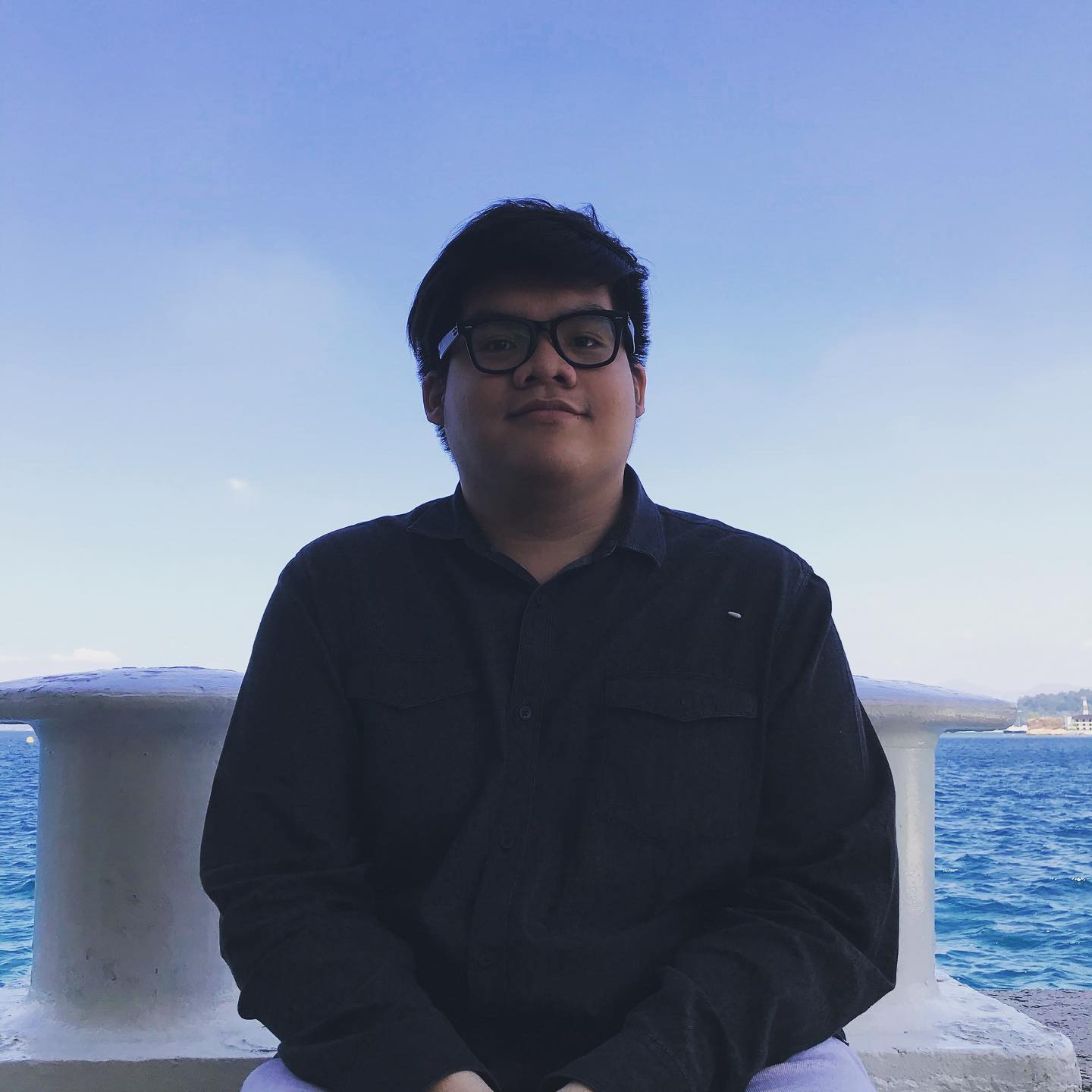 He is fascinated in chemical biology and the biosciences in general and desires to pursue research topics in these areas for the rest of his science career. He is also interested in questions about the origins of life and the universe and reads books and articles about these in his leisure.

Duno loves writing about his thoughts and feelings in the form of poetry and essays and maintains his own blog about this. At the end of the day, Duno believes he is defined best by being a passionate learner in a wonder-filled world. 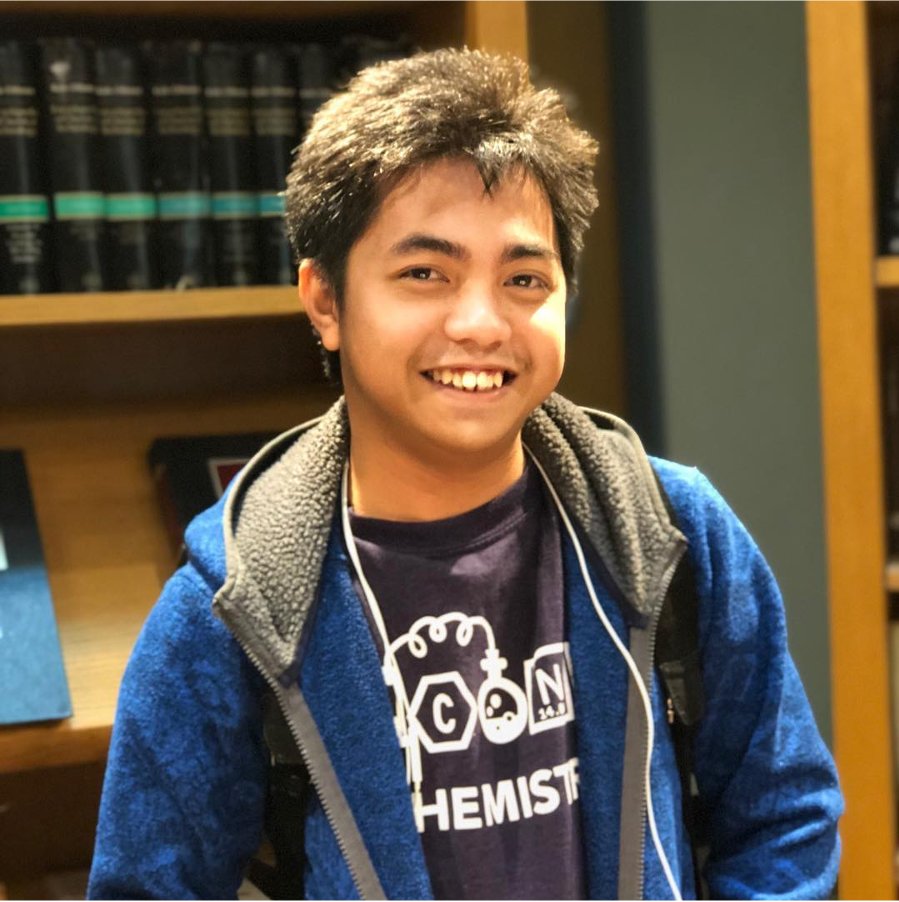 IC has about 7 years of professional teaching experience at University of Connecticut, University of the Philippines, Adamson University, and Immaculate Conception School of Baliuag. Before that, he has multiple tutoring experiences across various review centers teaching Chemistry, college entrance exam subjects, and PSHS National Competitive Examination subjects.

IC obtained his Bachelor’s degree in Chemistry from University of the Philippines – Diliman and completed his PhD degree in Chemistry from University of Connecticut (UConn). He also has a graduate certificate in College Instruction from UConn. His research interests include molecular dynamics simulations of biomolecules, biophysical chemistry, antimicrobial peptides, and amyloid beta peptides. He was granted the Bobbitt-Chou Graduate Summer Research Fellowship for his early accomplishment in graduate studies. Currently, his research focuses on designing peptides as drugs for Alzheimer’s disease using computational chemistry.

Aside from academics, IC loves to sing and he has a passion for choral music. He maintains a YouTube channel where he uploads his cover songs. He was a member of different choirs when he was in college and graduate school.

We are committed to provide the best learning experience to our students, be it in-classroom or online. Your topnotch SRC experience will not be complete without our dedicated support team. Learn more about our stories below. 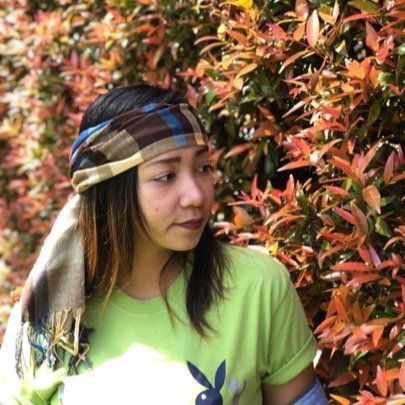 April received her degree in BS Hotel and Restaurant Management at Pambayang Dalubhasaan ng Marilao in 2016. She placed among the top students during her senior year while taking part in a leadership role. In SRC, she serves as the administrative officer in charge of daily operations. She has been responsible for various major projects in SRC since 2017. 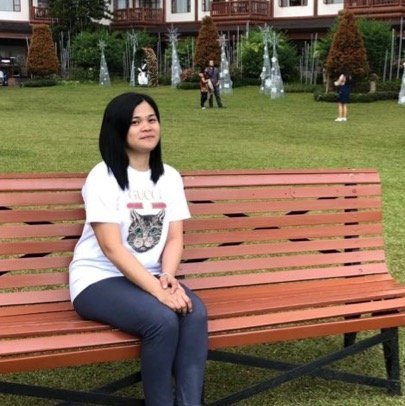 Verly has served as administrative assistant for the SRC Team since 2018. She delivers essential operational functions and key support to the faculty and managing team. She takes great pride in letting her character radiate through the dynamic atmosphere of the SRC office, for the service of students and faculty alike. 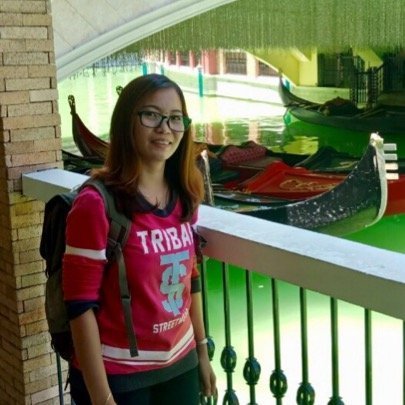 Abby has over 7 years of experience in handling projects and operations in the review center industry. She also has experience as a research assistant at the Philippine Business for Education, where she worked on a tracer study of graduates from education institutions. She is currently the Assistant to the President of SRC.

She studied BS Nutrition and Dietetics at the Philippine Normal University. During her leisure time, she loves reading fiction books while listening to her favorite bands. Oh, and she’s a coffee addict too.

Let us work together to achieve your goals.
Enroll Now
Back To Top